I’m incredibly talented at getting distracted…like seriously. I’m currently in the process of doing a bit of research into mouches (or beauty patches) and was looking at 18th century caricatures. Of course rather than finding a selection of wonderful caricatures on mouches I instead found a veritable selection on the ludicrous hairstyles of the 18th century…. And rather than waste my procrastination skills I thought I should share them with everyone here!
The majority of these quite frankly hilarious images date to the 1770s.

Caricature of a Dressed Woman’s Back with Elaborate Hairdo, late 18th century

La Françoise à Londres. The French Lady in London,
or the Head Dress for the Year 1771

“The Vis a Vis Bisected or the Ladies Coop”,1776 M.Darly
Or as I like to call it “My hair is so tall I have to sit on the bottom of my carriage” 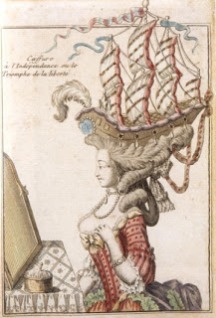 18th century caricature of the mode for perruques fregate 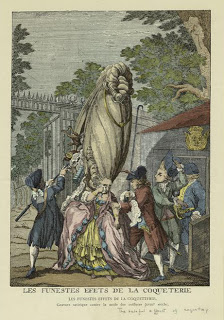 “The Fatal Effects of Coquetterie”,1774 French 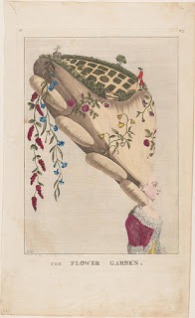 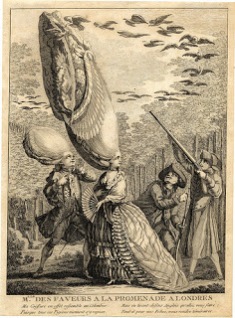 Mlle des Faveurs a la Promenade a Londres
And as this image proves…no these elaborate hairstyles were not simply reserved for women! 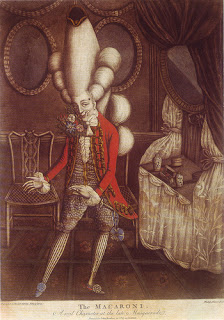 The Macaroni. A Real Character at the Late Masquerade

Mezzotint by Philip Dawe; printed for John Bowles in 1773